Can you film the police? Know your rights!

Let’s say you and your friends are out one night and things take a turn for the bad. A police officer starts hassling you or someone in your group. Or maybe you just see an angry cop about to get violent with a person in the street. Are you allowed to just pull out your phone and start video recording? Can the officer force you to stop recording as happened last week in Harris County?

In most cases, you do have a right to video record the police.

Although the Supreme Court has never addressed whether people can legally video record police in public places, courts that have ruled on the issue have generally sided with people who make the video recordings. The courts have generally held that video and audio recording police in public are protected conduct under the First Amendment (At least some police departments have gotten the message. For example, last August the New York Police Department sent a memo to its officers that citizens do have the right to record them).

But there are several exceptions to your right to video record the police. First, you can’t make a recording if doing so would interfere with a police investigation or make a situation unsafe. (In Texas, you could be arrested and charged with the Class “B” misdemeanor crime of “Interfering with Public Duties.”) So be sure to stand at a safe distance and do not get in the way of police activity or risk getting someone hurt or killed. Also, never under any circumstances make physical contact with police while they’re doing their jobs.

So when you reach for your cell phone and start making the next viral police video, use common sense and good judgment. Be polite and don’t interfere. And always stand at least several feet away from the action, so that you don’t create a risk of someone getting hurt, killed or unnecessarily arrested. 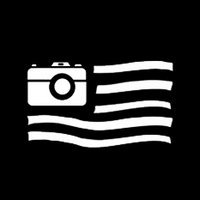