The crime of drug delivery falls under the umbrella of drug trafficking. In addition to drug distribution, other drug-related offenses for which criminal attorneys defend people are transporting, selling, manufacturing, cultivating, producing, and financing. Your Houston drug lawyer will tell you that even attempting to do any of these things risks being charged with a drug trafficking offense.

A common misconception among alleged drug offenders is that their case is hopeless. Defenses are available, even if a search of your person, home, or vehicle uncovered cocaine, marijuana, controlled substances, or illegal pills. Cases may be successfully defended even if you confessed or an illegal substance was found in your system. Our Houston drug crime lawyers are well-versed in the laws of search and seizure. We can protect your rights under the state and federal constitutions. Our drug crime lawyers know law enforcement protocol for a drug arrest and can quickly identify constitutional violations that may lead to the immediate dismissal of all charges. Put your defense in our hands. Contact our office today and discuss the specifics of your charges with one of our attornies.

·         Custodial sentences from two years to 99 years for a felony offenses state court;

·         A combination of fines and custodial sentences;

·         Numerous consequences as a result of a conviction. 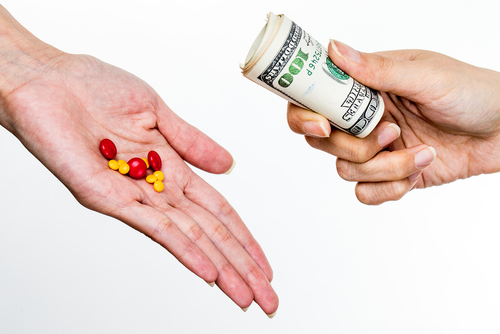 A top Houston drug attorney will attempt to get the charges dismissed on factual or legal grounds, or possibly set your case for jury trial. As a last resort, your attorney may attempt to negotiate a plea to reduce the charges or some other alternative. Recent examples of drug delivery cases in the news illustrate the seriousness of the penalties for this type of crime.

You Have Rights. We are Here to Defend Them

Defending your constitutional rights is central to our Houston drug crime law practice. An experienced drug crime lawyer will scrutinize every element of your case  from the initial traffic stop or drug crimes arrest to any search and seizure conducted by law enforcement officers. Did the officer have legal grounds to pull you over in the first place, or was it simply a Terry stop? Were you denied your right to walk away from an unjustified traffic stop? Were you coerced into making a confession or giving a statement to the police? Did your case involve a confidential informant?

Answers to such questions can have a significant impact on your case, as they may point to evidence of constitutional violations committed by law enforcement officials.

Excellent drug crime defense requires specific knowledge of federal and state laws. Do not entrust your case to an inexperienced attorney. Hire a Houston drug crime lawyer with proven results  one who will treat you and your case with the utmost respect.

If you have been criminally charged, your future depends on the quality of your defense. By contacting the Scheiner Law Group, P.C., you will get an experienced attorney whose highest priority is zealously defending your rights. Call us today for a free initial consultation. For your convenience, evening and weekend appointments are available by request.

Attorney Grant Scheiner is Board Certified in Criminal Law by the Texas Board of Legal Specialization.

In May 2014, 19-year-old Round Rock youth was charged with a felony in the first degree for making and selling brownies made with hash oil. A first-degree felony carries a penalty of five to 99 years in prison and a possible fine of up to $10,000. A Houston drug lawyer would be aware of two things relevant to a situation of this kind:

1.    As any criminal attorney in Houston will tell you, in the State of Texas, the entire weight of the brownies, including flour, sugar, etc., may sometimes be used to determine the weight of the drugs. In the case above, this amounted to 1.5 pounds.

2.    Texas considers marijuana separately from other drugs. In this case, the defendant was charged with a first-degree felony because he used hash oil instead of weed.

It is not unheard of for people to spend decades behind bars for marijuana crimes. A knowledgeable and experienced Houston drug lawyer will probe the prosecutor’s case to get charges dismissed or reduced so that you are not punished for a more serious crime than necessary.

Grandmother Faces Life Without Parole for a First-time Drug Offense

A 56-year-old Texas grandmother has been sentenced to life without parole for getting involved with a Mexican businessman who ran three tour buses in her name. The vehicles were fitted with special compartments that allowed the trafficking of cocaine across the border. Her Houston drug lawyer argued that she was unaware of the drug smuggling side of the tour bus operators.

Do You Need a Houston Criminal Defense Lawyer?

If you are arrested for a drug delivery crime in Texas, you might face tough penalties on the state or federal level. It is in your best interest to obtain a Houston drug lawyer to aggressively challenge the evidence in court. Whenever possible, you should seek to get the charges dismissed. The best Houston drug lawyers will also consider a trial or any lawful option to protect your rights and try to keep your record clean.