Possession of a Controlled Substance Lawyer

Drug laws in Texas are often harsh. There are many reasons, including this state’s proximity to several foreign countries that are points of origin for drug manufacturing and delivery. Sentencing for Texas drug crimes can be complicated because it takes a number of factors into consideration. Houston criminal attorneys are familiar with the laws of the possession of a controlled substance in Houston and do their best to make sure that people who are convicted of a drug crime in Texas are not unjustly punished.

If you are arrested and charged with a crime involving drugs, it is natural to feel intimidated and overwhelmed. It is easy to lose hope in your future. But it doesn’t have to be that way. The criminal justice system isn’t set up to merely ensure that criminals are punished. It is made to provide a great number of rights to people accused of drug possession and delivery charges. Among the most important rights are the presumption of innocence and the burden of the prosecutor to prove any criminal case beyond a reasonable doubt. An accused also has valuable Constitutional rights that protect against unlawful police stops, illegal police searches, illegal questioning, coerced confessions and so forth. The best criminal defense attorneys in Houston, TX and elsewhere can use all of your legal rights in the justice system to protect you from the lasting consequences of a drug conviction.

When do you need a Houston drug lawyer or controlled substance possession lawyer?

Texas criminal law classifies drug offenses into four “penalty groups” encompassing the least harmful substances up to addictive drugs and substances that are considered most dangerous. For example, a Penalty Group I conviction for cocaine possession or manufacturing/delivery may carry a severe penalty, including a heavy fine and a lengthy prison sentence. If you are facing charges for cocaine possession or delivery (or marijuana or illegal prescription drug possession or delivery), it is in your best interest to hire a professional Houston drug possession (or possession of controlled substance), attorney. He will scrutinize the way the police collected and handled evidence and look for any mistakes they may have made, including issues relating to vehicle stops, home or vehicle searches, warrants, consents to search, custodial interrogations (i.e., questioning without Miranda Warnings) and more.

Needing a Houston drug defense attorney for charges of drug distribution or manufacturing/delivery of controlled substance or drug.

Being arrested or charged with controlled substance – or drug distribution (a.k.a. manufacturing or delivery) is usually a felony and a much more serious matter than ordinary controlled substance or drug possession. The very first words you speak in this situation should be to your Houston drug lawyer. Texas laws seek to severely punish those who distribute drugs. This applies to all illicit substances, including not only the obvious ones — heroin, cocaine, and marijuana — but also prescription drugs like painkillers, tranquilizers and sedatives. (Some of the more popular prescription medications for which people are arrested include Oxycodone, OxyContin, Vicodin, Valium, and Xanax.) Sentencing in these cases can be very complicated and influenced by factors such as:

·         Where the distribution occurred, for example, in or near a school

The type of drug involved is one consideration. Under the Texas Controlled Substances Act (“Act”), there are five penalty groups, of which Group 1 is generally the most serious. Under the Act, the drugs within each category are very clearly spelled out according to the different chemical forms of each substance. Someone defending you against a charge of possession of a controlled substance Houston should be familiar with all of the names and forms of the substances in each of these five groups.

Penalty Groups 1 and 1-A

Offenses concerning this group form the major part of the workload of Houston criminal defense attorneys who work with people charged with possession of a controlled substance Houston. Opiates fall into this group. Also, in Group 1 are opium derivatives, opium poppy or poppy straw, cocaine, Flunitrazepam (aka Rohypnol or “Date Rape Drug”), methamphetamine, phencyclidine, Gamma-hydroxybutyric acid (GHB) and ketamine.

Lysergic acid diethylamide (LSD) is in a subgroup of its own.

This group includes hallucinogens other than LSD. This group includes mescaline, Ibogaine, psilocybin, tetrahydrocannabinols apart from marihuana (the Texas spelling of marijuana), ephedrine and dozens of other related substances. A savvy Criminal attorney Houston TX might be expected to have a working knowledge of these.

This group includes CNS stimulants and depressants, barbiturates, peyote, narcotics, benzodiazepines and anabolic steroids. If you are charged with possession of a controlled substance Houston,  your attorney would be meticulous in making sure you are not charged incorrectly for possessing a drug in a higher class.

This is the least dangerous among the four groups and includes preparations containing small amounts of opium, codeine, dihydrocodeine, atropine or difenoxin.

Penalties range from fines as high as a quarter of a million dollars and sentences of up to 99 years imprisonment. Distribution charges may be filed in federal or Texas state courts. The best Houston drug lawyers understand what is at stake and will fiercely seek the best possible result. The top Houston drug possession lawyers will continually remind you that you are innocent until proven guilty. They will relentlessly push for a dismissal of your case whenever possible.

Considerations other than the class of drug:

Prison sentences and/or fines for drug possession will also vary with the amount of drug in possession. Those for larger quantities of a drug will be correspondingly higher. A canny lawyer representing you on a charge of possession of a controlled substance Houston would want to know whether or not the amount of drug is accurately measured and documented 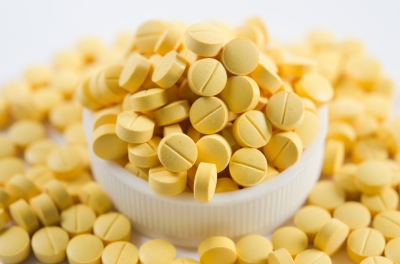 The purpose for which the substance was used is sometimes taken into account when sentencing someone for possession of controlled substances in Houston. Manufacturing, delivering and possession with intent to distribute carry higher sentences than simple possession. Good criminal attorneys might find a way to challenge the prosecution’s case on this point.

The location where the violation took place is sometimes criterion used in determining to sentence for drug possession crimes. Penalties are often higher for offenses committed at or near a school or daycare center. A Houston criminal attorney will be as knowledgeable about these crimes as he is the drug offense.

Another factor that contributes to the severity of a sentence for a drug crime is whether the offense was committed at the same time as a different type of violation, such as conspiracy, theft or assault. Drug crimes are penalized more severely if they are related to a serious felony involving violence, for example. If you are charged with a combination of crimes, your lawyer would carefully scrutinize the prosecutor’s case on these counts and look for possible ways of challenging it.

Whether your Houston criminal defense attorney is a public defender or in private practice, there are certain common tasks he would consider performing, in order to increase the odds that you receive the justice to which you are entitled. These include:

         Researching case law
         Investigating the case and interviewing witnesses
         Drafting, filing and arguing motions to either dismiss or suppress
         Negotiate with prosecutors to have the charge reduced to a lesser crime
         Represent the defendant in court

The manufacture or cultivation of drugs is in violation of the Texas Controlled Substances Act. Traditionally, this referred mainly to the growing of marijuana plants or cooking of methamphetamine from a cocktail of easily obtainable ingredients. Houston criminal lawyers are currently witnessing a growing number of people being arrested for the manufacture of synthetic marijuana and other chemicals that are allegedly developed to mimic the effects of mind-altering substances.

The Drug Enforcement Agency (DEA) and state police agencies are cracking down on alleged manufacturers of synthetic drugs and in May 2014 conducted raids in 29 states. More than 200 search warrants were executed in an operation that resulted in the seizure of more than $20 million in cash and assets. More than 150 people were arrested. Texas was among the 29 states targeted in the series of raids. Those arrested would be well-served to find the best Houston defense attorneys available.

Drug Paraphernalia – What is It?

Few people are as familiar with the complete list of “drug paraphernalia” as a Houston drug possession attorney. There are some strange-seeming items on the list. Pipes, bongs, and freebase kits are popular items, but a Houston drug crime attorney would be aware of other, less obvious items, such as fake cell phones, digital scales, pens with the ink cartridge removed, fluorescent lights and certain types of fertilizer may also be considered drug paraphernalia under certain circumstances. 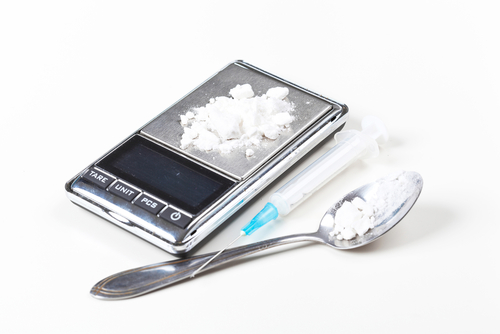 Some of the above items, and others are purchased legally but are illegally used. It is unlikely that a hapless gardener would be arrested and charged for possession of drug paraphernalia simply on the basis of buying a bag of fertilizer, but if he were, a Houston drug possession lawyer would be his logical first phone call!

At Scheiner Law, P.C., we have Houston drug attorneys with experience on the other side. José Ceja formerly worked as a felony drug prosecutor in the state of Arizona. He is familiar with the types of mistakes law enforcement officers often make during an arrest and he knows the various traps that some prosecutors will set in order to obtain a conviction. Mr. Ceja and Board-certified criminal law specialist Grant Scheiner are the Houston drug lawyers you want on your side.